"I'll have an Old Spanish" : Reflections on the Teba jacket 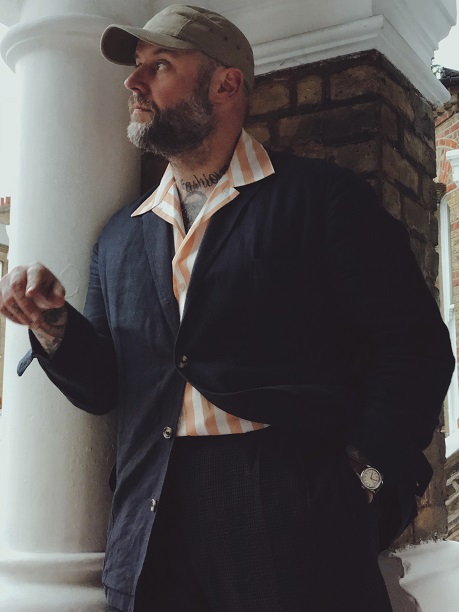 It was dusk on the streets of Gijon, Northern Spain where I saw my first Teba jacket in the wild.

It was a chilly December evening, and a rather large chap was walking toward me. The notch-less collar of his olive green tweed sports coat was flipped up against the Atlantic breeze, and as he lifted a cigar to his mouth, an intriguing cuff with shirt buttons was revealed.
This somewhat imperious looking gentleman had teamed the cardigan-like garment with a gingham button-down, jeans and suede driving shoes. The look was absolutely perfect. Mixing a British aristocratic colour palette with a louche Italian softness, the resulting accord seemed wholly Iberian. I was sold.

At this point, I had only ever seen photographs of the mythical Teba jacket; a unique creation dreamt up by the pleasure seeking Spanish King Alphonse XIII. The monarch’s sporting lifestyle called for an easy wearing overgarment with hunting elan. Originally commissioned on Savile Row in the 1930s, the coat caught the eye of fellow bon vivant Count Teba, and the King duly commissioned one for his friend. Like a pair of Latin Edward Windsors, the two noblemen were the playboys of their day, and the donning of a Teba became shorthand for living the good life. The coat crossed over from country to casual town wear, and thus a sartorial classic was born.

Several months later, I’m standing in the stifling heat of the August morning, attempting to converse with a sales man in a traditional menswear store in Bilbao. The sight of a Teba on a mannequin in the window has propelled me into the shop, and despite a common tongue, he is doing his best to extol its unique properties to me. Through a mix of mime and body language I come to understand that the springy cashmere/wool mix of the cloth and the cut of the garment add movement and “give” to the jacket, like an inventively simple take on the Half Norfolk “action back” so beloved by English huntsmen.

The Teba quickly established itself as my go-to jacket. Situated midway in the smart/casual continuum, it lays equally as harmoniously atop collar and tie as it does with open neck polo or striped Breton. Linen mixes for summer and lush tweeds for winter lend it year round appeal, coordinating with flannels, chino or denim depending on climate or occasion.
The beauty of the Teba is its subtle non-conformity. At first glance, all seems quite normal, the cursory observer is presented simply with an easy fitting “sack” cut jacket. It is only on closer inspection that its particular peculiarities reveal themselves. Yet this is not frivolity or sartorial showing off for its own sake; the Teba is practical, handsome and shorn of excess and impracticalities. I’m not sure now how I ever lived without one. 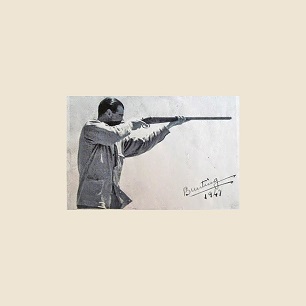